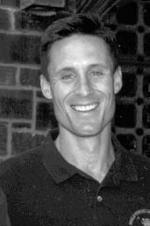 In 2014, Andy Card enters his 26th year with the Yale lightweight crew and his 25th as the varsity coach. On top of the 2011 national championship season and undefeated Sprints champion seasons for the 1F and 3V, the 2012 and 2013 seasons brought home a championship of another kind: the Jope Cup for overall team supremacy in the EARC, back-to-back. There was an undefeated Sprints Championship for the 2V in 2012 (Cornell Trophy) as well as a ‘11, ‘12, and ‘13 three-peat in the First Freshman (Kilpatrick Cup). The 1V earned a hard-fought 2012 IRA bronze medal for the varsity, and the 2013 edition won the silver at both the Sprints and the IRA.

In 2011, Card’s Y150 varsity persevered through some late-season losses through a bronze medal finish at the Sprints before a classic race at the IRA, resulting in a stunning 0.022 second national championship victory in Camden. It was then back to Henley Royal Royal Regatta for Card and crew, where they made it to the Friday races at HRR before falling to the Sprints champion Harvard heavy freshmen. 2009 was also a memorable year, with a stunning varsity silver medal at the IRA, and an undefeated second varsity EARC Sprints championship, as well as bronze medals for the 1F and 3V. 2008 saw a double-bronze at Sprints and IRAs for the varsity, and a second consecutive freshman Sprints title. A remarkable campaign in 2005 saw Card’s 150s win their third national championship in six years. Over the course of his 28 years as a rower and a coach, Card has become well acquainted with the Jope Cup, symbolic of overall lightweight team supremacy in the EARC, winning it eleven times since 1981. The 2002 Jope Cup victory was Yale�s first ever repeat win of the Jope, and Yale�s fifth overall since Card arrived in New Haven in 1988. Card’s crews have won three varsity Sprints titles (1990, 2001, and 2002) and five IRA national championship titles (1990, 2000, 2002, 2005, and 2011). Additionally, Card’s 2000 varsity lightweights won something that no other collegiate lightweight crew had done before: a clean run through the field to claim the Temple Challenge Cup at Henley Royal Regatta. That Yale Lightweight win was the first time a collegiate lightweight crew won the event since the Temple’s inception in 1990, and it was the first time a collegiate lightweight crew had won at Henley since 1978. Card’s 2005 varsity edition made it to the finals – only the fourth lightweight crew to do so – but lost to the heavyweight varsity from Trinity College Hartford. 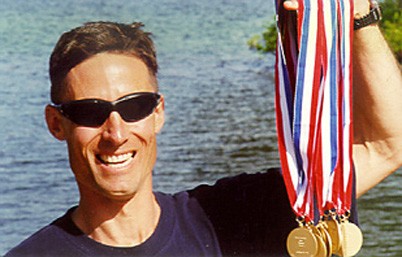 From 2000 to 2005, Andy Card’s Yale Lightweights had a remarkable run of success: 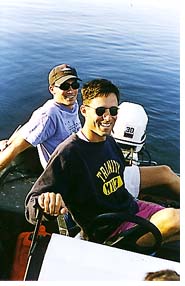 Card began his varsity head coaching career in 1990 by leading the Yale lightweights to an undefeated season and first place at the EARC Sprints and the National Championship before traveling to the Henley Royal Regatta in England. During the 1991 and 1992 seasons, the Elis won two additional Harvard-Yale-Princeton races, marking the first time since 1930-1932 that Yale had captured three straight Goldthwait Cups. Card�s J.V. crews have won the Sprints four times and have also been to Henley. The most recent trip to Henley in 2001 saw the Yale 2V make it to the semi-final of four crews in the Temple Challenge Cup before losing, going farther than four EARC varsity lightweight crews in the draw.

Card has had coaching success on the international level as well. At the 1993 World Rowing Championships at Roudnice, Czech Republic, Card�s U.S. Lightweight 4- won the gold medal, the first gold medal ever for the United States in that event. Most recently, Card helped coach the USA Men’s Lightweight 8+ to a Worlds silver in 1998 and America’s first gold medal since 1973 at St. Catharine’s in 1999.

A 1985 graduate of Princeton, Card rowed on three Eastern Sprints Championship crews. While serving as captain in his senior year, the varsity eight went undefeated and won both the Eastern Sprints and Kennedy Cup (IRA). In addition, he represented the Tigers on two trips to Henley in 1983 and 1985. Prior to attending Princeton, he had no competitive rowing experience.

Card also served as the Princeton freshman lightweight coach for two seasons (1986 & 1987) following his graduation. Both years the Tiger freshmen went undefeated and took Eastern Sprint titles.
Back to top 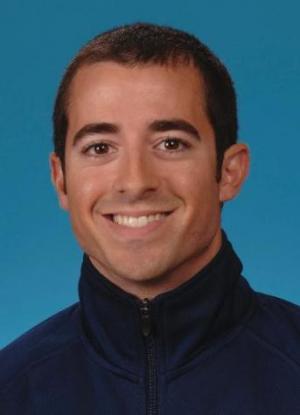 DelGuercio replaces Colin Farrell, who served the Yale lightweights extraordinarily well for the past three years. Farrell has re-joined his wife in Philadelphia.

“I am extremely pleased that the Yale lightweights are able to make a smooth transition from one St. Joe’s Prep athlete and coach to another,” Card said. “While the team and I are certainly sorry to see Colin leave, we are excited to bring Ned into the Y150 coaching ranks. Ned has been around some American coaching legends for his whole career, from Bill Lamb at St. Joe’s to Pops Wagner at Rutgers and then of course to Tim McLaren and Mike Teti of the US national squad. Ned will bring a terrific skill set to our team, and certainly our coxswains are the most thrilled of all.”

DelGuercio, a 2006 graduate of Rutgers University, went on to compete with the USRowing Senior National Team through the spring of 2012. In 2007 after securing gold in the M8+ at the Pan Am Games, DelGuercio was named to the M4+ for the World Championships in Munich, Germany. The USA 4+ took gold by 0.4 seconds. The following summer DelGuercio coxed the USA LM8+ at the World Championships in Linz, Austria. With the help of Farrell, the United States captured gold by 1.4 seconds after moving from third place into first in the second half of the race. DelGuercio went on to serve as coxswain for the USA M8+ for the 2009, 2010, and 2011 World Championships and World Cup teams.

DelGuercio was a three-year member of the Rutgers heavyweight varsity eight. In 2003 his crew reached the Grand Final of the EARC Sprints for the first time in 22 years after qualifying in a photo finish with Cornell. They later went on to reach the final round of the Henley Royal Regatta. After defeating seeded Dartmouth and Leander crews along the way, they placed second to Washington. The Rutgers Heavies had competitive seasons through 2004 and 2005 as well, and DelGuercio was selected captain of the 2005 team. He received the “20 More” award for persistence and dedication, and graduated in 2006 with a bachelor’s degree in sociology.

Ned started his rowing career at St. Joseph’s Preparatory School in Philadelphia. He was a four-year member of the team, and three-year letter winner. He collected three Stotesbury Cup gold medals, two SRA National Championship gold medals, and his Lightweight 8+ went undefeated in 2001 culminating in a gold medal at the USRowing Youth Invitational Regatta in Cincinnati. That crew had four future Yale lightweights onboard: Bob Kennedy ‘05, Dan Coleman ‘06, and former assistant coaches Joe Fallon ‘06, and Farrell. That summer DelGuercio coxed the USA M8+ at the World Rowing Junior Championships in Duisburg, Germany.

DelGuercio looks to bring this vast experience with him to help promote the existing high standard and storied tradition that is the Y150.

Ian Duthie joins the Yale Lightweight Men’s crew program in autumn 2011 as an Assistant Coach after retiring as Global Business Director at a multi-national company, and a two year stint with the Yale heavies. Ian, a native of Australia, brings elite-level rowing experience to Yale - Ian won seven State and three National Championships in Lightweight eights for Mercantile Rowing Club in Melbourne, considered Australia’s most prominent rowing club where he also acted as a crew selector.

Ian attended high school in Brisbane at the Anglican Boys Grammar School (Churchie) where he was the state open hurdles champion. He graduated from The University of Queensland where he holds Bachelor and Masters degrees in Agricultural Science.  This is where Ian began his rowing career as a walk-on and quickly made his mark as an oarsman stroking the University of Queensland lightweight eight to victory at the State Championships.  He then went on to represent Queensland in the Penrith Cup, Australia’s interstate race for lightweight men.  Ian was in the selection squad for the Australian lightweight coxless four which won gold at the 1974 FISA World Championships.

Ian still actively rows in Masters competitions in the US and abroad, currently for the New Haven Rowing Club and prior to that, the Royal Hong Kong Yacht Club… and occasionally for Mercantile when on home visits. 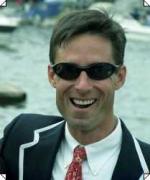 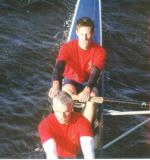 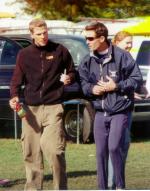